Today I am delighted to introduce you to our second Rejection Survivor, author K. L. Romo! This is the second post in a series of interviews with other creative people who have experienced a lot of rejection. 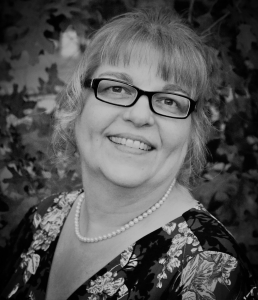 K.L. Romo writes about life on the fringe; she maintains that teetering dangerously on the edge is more interesting than standing safely in the middle. She is passionate about women’s issues, loves noisy clocks and fuzzy blankets, but hates the word normal. Her historical novel, Life Before, is about two women separated by a century who discover they’ve shared a soul. She is currently working on the second book in the Life Before series.

First off, I see that you have already written quite a bit about your plentiful experience with rejection. On your blog, The View from Here, you feature a blog series called “The Successful Failure–My Oxymoronic Publishing Journey.” What drove you to write the series?

One day I was reading entries made on the Facebook community page by members of the writers’ association I belong to. Several people were celebrating their well-deserved successes in acquiring contracts with agents and/or publishing houses. I admit author envy crept in, but I reassured myself that even though I hadn’t landed a contract yet (with agent or publisher), I had worked extremely hard during the last nine years, and it would be therapeutic to write about my journey. Although The Successful Failure blog has been more for myself than anyone else, I thought it might also give comfort to those writers who’ve had the same experience with mega-rejection.

When did you first decide to become a writer?

I’ve always considered myself a writer. I wrote plays in grade school, an essay in first person about the hanging of Revolutionary War hero Nathan Hale (which received an award from Daughters of the American Revolution), and I even argued with my father in writing (I found I could carry on a better argument if I wrote the words instead of stated them verbally). {DL: Oh man, that sounds very familiar!} Being a writer was never really a conscious decision – it just always was. And I’ve found that every emotional event I experience, I’m compelled to write about. It helps me organize my thoughts and feelings. But I decided to pursue writing more seriously when I went to my tenth high-school reunion, and realized that I wanted to devote more serious effort to being a writer.

Can you tell us about an early piece you wrote that no one’s ever heard of because it stayed in the drawer?

My first novel (which, as you mentioned, is in the bottom of a file cabinet drawer, probably gathering a very well deserved portion of dust and maybe even mold) was about a group of three friends and the bonds between them. The abortion issue was the theme of the book. I even conducted research by going to one of the Right-to-Life rallies held in Dallas at the time (by Flip Benham’s organization – Operation Rescue) and then I interviewed the director at a local abortion clinic. Even with this great research, my characters appeared to be made of cardboard, and my dialogue was terrible. Looking back, I’m so happy I buried this one!

Tell us about your first-ever submission. What did you submit, and to whom?

The first manuscript I submitted for agent representation was Is Harvey Dunne?, a story about a gay boy who couldn’t admit the truth about his sexual identity, not even to himself. He finally came to understand who he was in middle-age, and had to deal with the pain of unraveling his life.

I studied so many how-to books about polishing my manuscript, writing a great query letter, and submitting to an agent. I identified an agent who I thought would be perfect, and followed her instructions to a T when preparing my query letter. I truly believed that not only would she be happy to represent me, but that I would get a book deal with a large advance so I could quit my day job.

When I got the letter in the mail (yes, this was snail mail), I couldn’t believe the brief paragraph I read. I was devastated. Although kind, the rejection was a blow to my self-esteem, and confidence as a writer. I was crushed, and doubted myself fiercely. I couldn’t understand what I’d done wrong. This was my force-of-an-atomic-blast introduction to a typical writer’s journey. 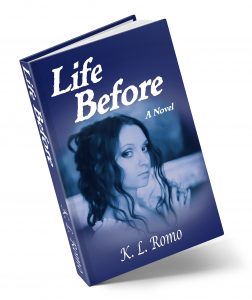 I wrote about the experience in an installment of The Successful Failure, and included a copy of the infamous rejection letter, which I have saved for posterity.

How many rejections have you racked up?

Between Is Harvey Dunne? and Life Before, I’ve probably received more than 300 rejections (or no responses, which are even worse).

Agreed! I take off my hat to you; your expertise in rejection surpasses even mine! What gave you the will to keep going after so much disappointment? Did you ever doubt that your work was worthy of publication because of all the “no”s, and if so, how did you work past that?

I am a writer, so to give up would be to reject who I am

I am a writer, so to give up would be to reject who I am. I might never be hugely successful in the traditional sense, but I love what I do and I want my words to make a difference. I truly believe that my writing is strong, but the rejections made it obvious that I had much to learn in the art of hooking a reader (and agent). I continue to study craft, and how to polish my writing, making it better with each revision (I hope!).

What scared you about taking the step into self-publishing, and how did you work up the courage to do it anyway?

I wanted to get my books out there. I had stories that I felt were important to tell

When I self-published Is Harvey Dunne? in 2009, I will admit that it was as a last resort. I didn’t have representation, and didn’t yet have the knowledge about approaching smaller presses. If I wanted the novel published, it was obvious I would have to do it myself. The same holds true for Life Before.

Yes, self-publishing is simultaneously exciting and scary. I haven’t garnered many sales, and although the reviews of my books have been very good, there aren’t many of them. And of course, I’m worried that an agent may not want to represent me for the second book of the Life Before series, because of low sales for the first.  Hopefully, that won’t be the case.

Bottom line – I wanted to get my books out there. I had stories that I felt were important to tell, and I needed to do whatever was required to get them out into the world, to hopefully make an impact in some way.

Did you ever experience moments of despair, where you thought about giving up? What got you through those moments?

If my writing wasn’t good enough, then who was I?

I absolutely experienced despair. Upon my agent rejection for Is Harvey Dunne? I questioned my identity. Who I was and who I believed I’d been my entire life. Of course, I was first a wife and mother. But after that, I was a writer. So if my writing wasn’t good enough, then who was I? It was a devastating feeling. But after thinking about it, I realized that no one else can decide whether or not I am a writer; that identity can come only from within. So I kept on writing – it’s what I was meant to do.

To try to enjoy my writing journey instead of focusing on rejection, I decided to immerse myself in the writing community. I wrote an article for The Writer magazine called Don’t Go It Alone: An Introvert’s Guide to Building a Writing Community which discusses what I did to connect with other writers and become part of a tribe. I also do a large amount of volunteer work for my writers’ associations; it’s important to me to give back, and to help other writers be successful. Knowing I’m not alone but part of a group of other like-minded people really helps to keep my spirits up and my determination strong.

How did you imagine your life as a writer when you started out? How does reality compare to your fantasies?

I naively believed that if a writer wrote a good and inspirational story, using good technique, they would immediately become a successful published author. The agent you chose would agree to represent you, and would have no trouble in selling your book. (I know – totally crazy). I didn’t realize that 1) this business is so extremely subjective, and 2) there are a million people all trying to get published, so agents and publishing companies are very selective.

When you see writers accomplishing what you originally hoped to accomplish–agent, fancy publisher, the whole shebang–do you feel jealous? What do you do with that jealousy?

I’m happy for my fellow writers when they’re successful and congratulate them on their accomplishments.  But yes, I feel a twinge of envy, asking “Why couldn’t I be that person? What’s wrong with my writing?” I thought about this and realized that my difficult writing journey has taught me so much about both craft and the writing business, even though I had to learn the hard way. I decided to memorialize my experiences and the lessons I’ve learned, and to translate my failures into success by writing The Successful Failure blog series.

What would you describe as your greatest accomplishment in life so far?

Not meaning to sound trite, but honestly being a wife and mother are my greatest accomplishments. Without having the love and respect from my husband, kids, and grandkids, a successful writing/publishing career would be meaningless.

What are your hopes for the future of your career?

Because the novel-writing process is so long and isolated, I decided that I should be more involved with the writing community by being a freelance writer and book reviewer. I would like to continue to publish more of my essays and articles. But my ultimate goal is to attain agent representation, and to have my novels published by a major publisher. In my dreams, the epitome of my success is to have my novels stacked on the shelves of airport bookstores. (If anyone knows a buyer for airport bookstores, please let me know!) {DL: I have that fantasy too!!! What is it about airport bookstores?!}

What do you have to say to all the writers, artists, and dreamers out there still drowning in “no”s?

If your art is something you love, something that defines you, just keep doing it. Remember, no one else can tell you that you’re not a writer, or artist, or dancer, or creative. Keep going and be happy that you have a sincere love of something that can beautifully express your feelings and emotions, and hopefully make a difference in the world. Publishing success is really secondary.

Here is a summary of rejection survival skills K. L. Romo uses to cope with rejection and disappointment:

Many thanks to K. L. Romo! You can learn more about her at klromo.com and follow her on Twitter at @klromo.

Are you a Rejection Survivor? I’d love to interview you! Please get in touch with me and tell me a little about your experiences with rejection so I can put together some questions for you!